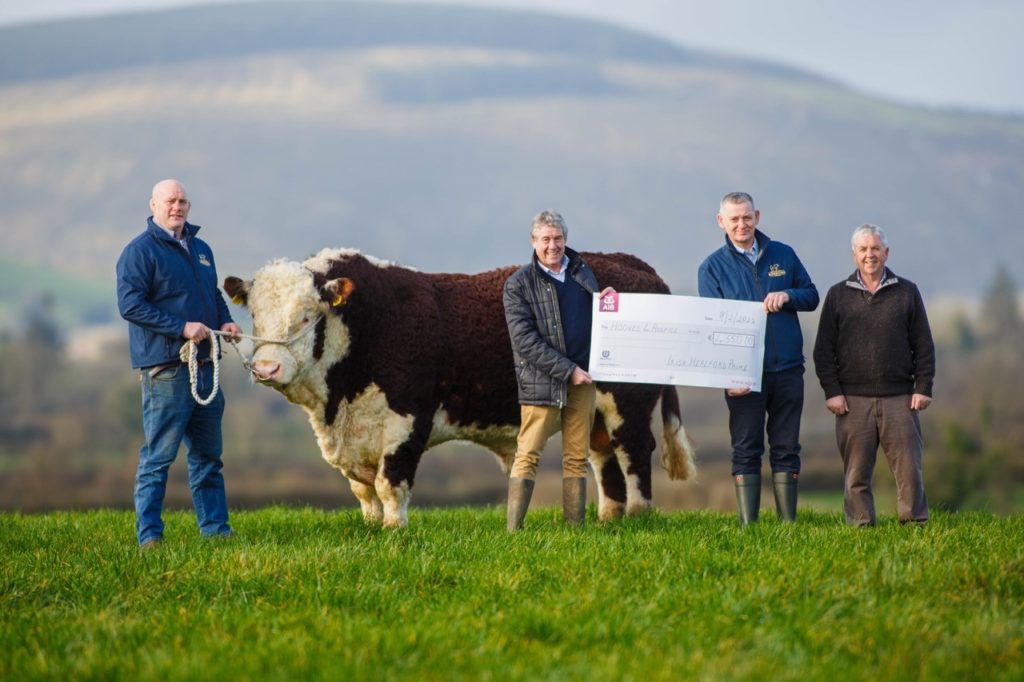 In early 2020, Irish Hereford Prime came on board to support the fundraising project named Hooves 4 Hospice. The project aims to raise a sizeable sum of money for the building of a much-needed level 3 hospice for the Midland region. Organised by Tullamore Lions Club with the assistance of other local Lions clubs.
Since the launch of the charity project Irish Hereford Prime are proud to be giving a helping hand. To date 13 of these animals have been sold raising an amazing sum of €15,420. We at Irish Hereford Prime have been amazed and touched by the outpouring of warmth from our members, for which we are so thankful. Their dedication and generosity have been truly inspiring, and we look forward to seeing this community hospice standing strong.
Pat Lalor, Chairman of the project said;
“The Hooves 4 Hospice project was given a great boost very soon after its launch, when Irish Hereford Prime decided to give it their full support. Having the support of a quality national brand which is recognised the length and breadth of the country, is a very significant endorsement of the work that we are doing”.

. The calendar sales generated an impressive income of €4,550 and a cheque for this amount was presented to Larry Fleming of Tullamore Lions Club by former Irish rugby international and Irish Hereford Prime Ambassador, John Hayes. The presentation recently took place on the farm of Tommy and Maura Cregan, Tullaha, Broadford, Co Limerick. On hearing about the Hooves 4 Hospice project, they generosity, immediately donated a Hereford animal to this very worthy project.
Pat continues:
“I would like to thank Irish Hereford Prime and all their farmer members who have so generously produced an animal for our project. Since our project commenced, our committee has been constantly overwhelmed by the generosity of farming families and others. We are well on our way to reaching our target of €1,000,000. We have close to 600 animals on our database which have been pledged to our project by farmers, but we would be delighted to accept any additional animals to help us realise our dream of one day having our very own regional hospice in the Midlands. Anyone who would like to find out more about Hooves 4 Hospice, please visit www.h4h.midlandhospice.ie or call Gerry on 085 8775477”.