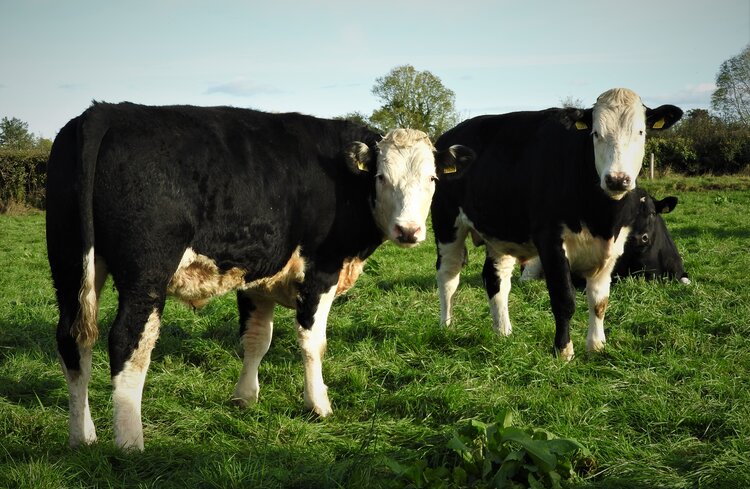 Corcoran runs a Hereford calf to finish beef system, a dairy farm and teaches at Kildalton College. He farms in partnership with his father and the pair have been finishing their own Hereford crosses since 2015.

The Corcorans rear up to 60 calves on the family farm, giving them whole milk from the farm and ad lib concentrates. Eamon says his calves consume around 8l of milk per day, “which is a lot of milk, nearly €8,000 to €9,000 worth, but they thrive on it”. Eamon’s Hereford bull calves weighed in at an average of 254kg on 30 August 2018 and heifers were on average 209kg.

He weighs his own stock to judge their performance and no animal is kept past two years of age. Last year saw Eamon finish all animals off grass in November, with an average age of just over 20 months for his Herefords. Going to slaughter, the animals were 677kg, on average, with the heaviest reaching 740-750kg at 21 months. The average carcass weights were 291kg for heifers and 328kg for the steers.

Eamon aims to hold off feeding his finishers nuts as long as possible. He targets a slaughter date of November 10, with feeding for 100 days and works backwards from there.

“The Herefords have a great square shape and frame. Last year they were absolutely bursting, they were on grass and they were flying it!”

Eamon says. “Some have smaller frames, but it only means they are easier to finish. The Herefords are good solid animals.”